Field Epidemiologist at the Public Health Agency of Canada

About to move to the Caribbean for a new role as an Epidemiologist/Technical Officer with the Caribbean Public Health Agency, Jonathan Edwin says he was first interested in public health as a way to make changes at a population level, and impact health on a broad scale.

He used the basic principles of epidemiology daily in his role as a field epidemiologist with the Public Health Agency of Canada (PHAC), where he worked for just under two years. After graduating in 2013, he took part in an International Science Learning project in Kenya, worked part time with the Vancouver Native Health Society on the HIV/Hep C program, and full-time for Fraser Health’s STOP HIV initiative, before moving home to Ontario to start with PHAC as a field epidemiologist.

This role involved working in a department that responded to public health emergencies across Canada and the world. Day to day, Jonathan conducted disease surveillance, outbreak investigations, occasionally interviewing patients, and analysis and interpretation of findings to guide public health decision making. He also had the opportunity to travel into the field to respond to emergencies. In the fall of 2014, he worked on the Enterovirus D68 outbreak early response team, collecting and analyzing data and disseminating results. This included the publication of a manuscript in the Canada Communicable Disease Report, meaning if a similar outbreak occurs in future, there is now research to guide decision making.

“It was a bit of a winter wonderland, especially driving through the forest seeing the trees covered in snow. It was quite an untouched part of Canada.”

One of his more memorable work experiences was being sent to a small community in remote Northern Alberta in response to an STI outbreak. The community was in a part of Canada he had never experienced before, and was not accessible by road until the rivers froze over in winter.

He flew in the pictured 12-seater plane but thanks to there being too much snow on the runway, he had to land at a different airport and drive for several hours through forest to reach his destination. While it took time to build trust with the community, the team already working there was very supportive, having dinners together and taking Jonathan for tours of the area, he says.

Jonathan’s advice for students is to network with peers in the program, usually from diverse backgrounds, and connect with professors at SPPH, who are key players in public health across Canada and sometimes internationally. When it comes to the field itself, he says new graduates should try to avoid getting caught up in finding the ‘perfect’ public health position. Explore your interests while you’re young, no matter the financial implications or where it takes you – the broader your experiences, the better you will be able to make an impact in your communities.

“Don’t be afraid to explore opportunities in the field on the global scale because in the end it’s only going to make you a stronger practitioner.”

Working with the Caribbean Public Health Agency will further Jonathan’s interest in international health, allowing him to work in an international setting and to understand how public health works in this setting. “Public health is not conducted in silos, it’s a global field”. The end point of his work is what drives Jonathan to work in public health, whether seeing a case count come down after an intervention, or the look on people’s faces when he provides a needed service. 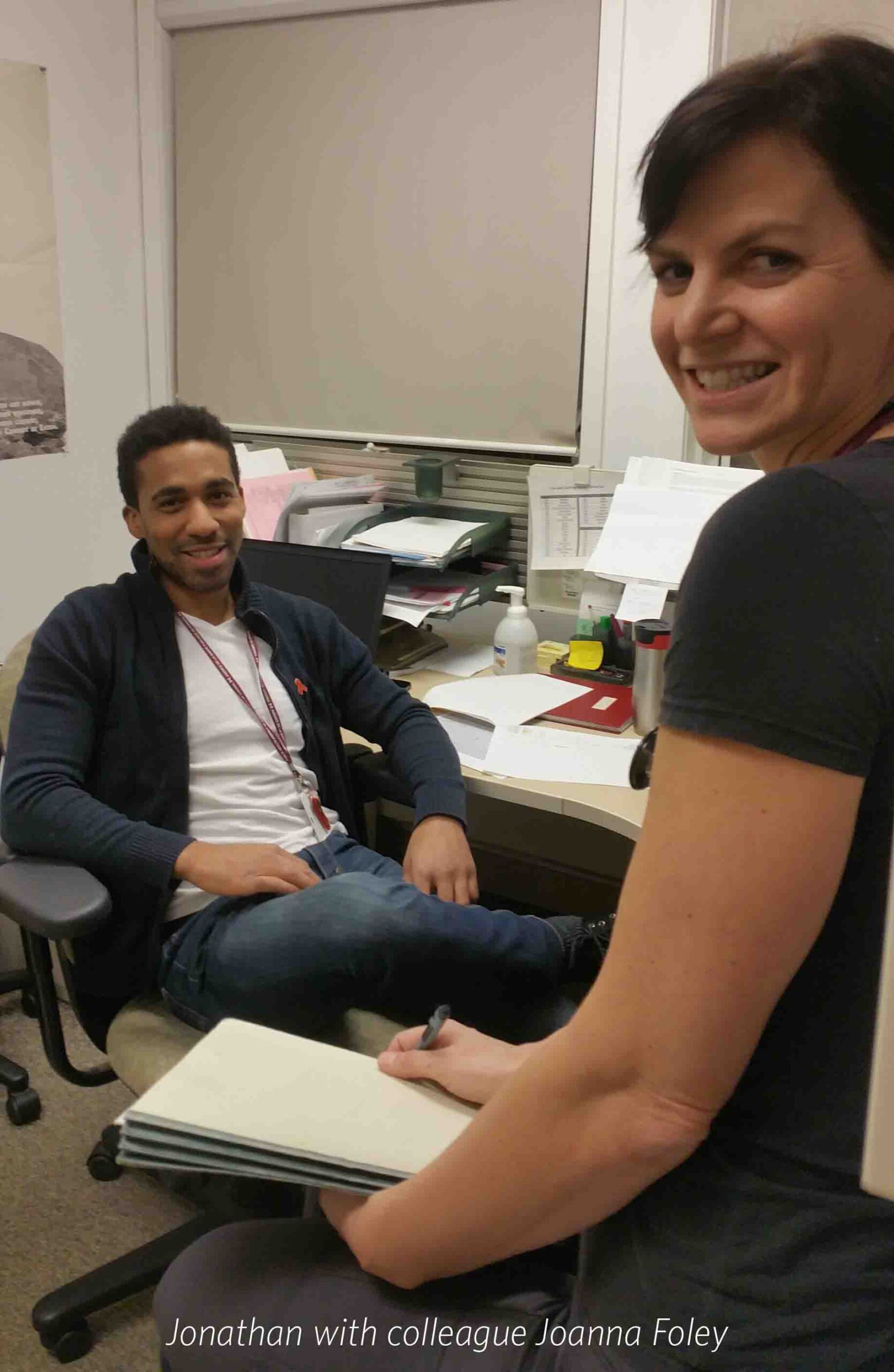