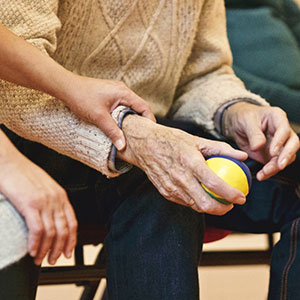 Spending on medications, hospitals trending up in B.C., while spending on nursing homes down significantly

Canada and British Columbia are no exceptions to the worldwide trend of smaller increases to health care spending. But before governments and health authorities pat themselves on the back, the impacts of slowing growth in health-care spending should be examined.

A new study, published today in Healthcare Policy, examined the possible causes of this change. Lead author and UBC school of population and public health associate professor Kimberlyn McGrail found there can be unintended consequences for elderly patients and their families.

Why is healthcare spending slowing?

We considered three possible explanations for slower growth in healthcare expenditures. One is that there haven’t been big, new blockbuster (and expensive) drugs or devices for a while, at least during the period we looked at. A second is that health-care reforms are working – that care is better coordinated and more efficient and thus less costly. A third possible explanation is that we are seeing tightened government spending (in general) after the financial meltdown in 2008 and 2009. We conclude that all of these likely had some influence, but that it’s the last – general belt-tightening – that is most prominent.

What could this mean for elderly patients and their families?

What we’ve seen in B.C. is that per person spending on hospitals, physicians and drugs is still going up, while spending on nursing homes and home care services is trending down. More importantly, public spending on nursing homes and home care is down significantly while private spending is increasing. One result is that the public share of payment for nursing homes declined from a high of 88 per cent in 2002 to 56 per cent in 2016. The implication is that we are “saving” money in the public system at least in part by transferring those costs to older adults and their families – who are the most likely to need nursing home care.

The Canada Health Act is a federal act that creates the framework for the public health-care system, but it is provinces and territories that are responsible for delivering care. Services like nursing homes, home care and drugs are not mandated by the Canada Health Act, and therefore vary province-to-province. For this research, we focused on a single province – B.C. – to understand how care is changing.

What should we keep in mind when it comes to curbing health-care spending?

The cost control we’re currently seeing may be temporary, especially as the population continues to age and new and expensive treatments for rare diseases become more available.

It’s also important to note that transferring health-care costs to older, sick people and their families has not been an explicit policy choice. This may be an unintended consequence of a number of other choices but that doesn’t change the impact for individuals and families affected. As the spending levels change, we need to be cautious about equity and other implications.

Click here to return to the News main page