Why is Indigenous health important? 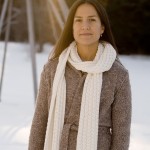 “Excellence doesn’t exist wide-scale on Indigenous health, but it is possible,” said Caron, who will serve as the Centre’s co-director. “We want to increase the capacity for research in Indigenous health and to [empower] community members to do their own research and to set their own priorities.”

Opened at the start of this year, the Centre aims to boost research projects addressing Indigenous health at the university and increase collaborative projects with Indigenous communities across the province.

“This new Centre will allow us to build synergies across our many diverse Indigenous health initiatives,” said Gavin Stuart, dean of the Faculty of Medicine and vice provost, health. “By working with the First Nations Health Authority and other institutions in British Columbia, we will increase the number of Aboriginal students aiming to become health professionals, broaden our curriculum in Aboriginal health, and deepen our knowledge of the health challenges facing Aboriginal people.”

“When I was a student, I talked to kindergarten and high school children in Indigenous communities about staying in school and being in medical school. It is amazing the impact you can have just by going into their communities and honestly sharing a part of yourself.” – Nadine Caron

The heart of the Centre’s mission, Caron says, is to empower Indigenous peoples to take on a more active role in making their own health care decisions.

“The disparities persist, and so perhaps it’s time for the whole concept of self-determination to come into health care and health disciplines, so individuals in their communities can have the capacity to find the solutions themselves.”

Caron, the first Indigenous woman to graduate from UBC with a medical degree, considers the formation of the Centre a high point in her career.

It’s a career that has seen the daughter of a Sagamok First Nations woman and an Italian immigrant graduate from Harvard and become a prominent figure on numerous health committees, provincially, nationally and in the U.S.

Caron credits part of her success to the mentors she’s had in her life. She hopes the Centre can offer others similar experiences. “When I was a student, I talked to kindergarten and high school children in Indigenous communities about staying in school and being in medical school. It is amazing the impact you can have just by going into their communities and honestly sharing a part of yourself.”

A key goal of the Centre will be to increase the number of Aboriginal students enrolling in the health disciplines at UBC. The Centre will also serve as a point of contact for the university, the BC First Nations Health Authority and Indigenous health organizations, communities and people.

“The Centre is replacing older and more marginalized structures with a more stable and sustainable home in which faculty and staff can do even greater work,” said Linc Kesler, senior advisor to the UBC president on Aboriginal Affairs. “The Centre strengthens the university’s long-standing commitment to Aboriginal engagement.”

So why is Indigenous health important? For Caron, the answer lies in future generations.

“In the future, Indigenous people can be leaders in health, not just in Indigenous health, but also in health overall,” said Caron. “They can demonstrate changes in health and wellness, and work to better address diabetes, cancer, and mental health, to name just a few.”

The Centre, Caron says, holds the potential to accomplish this vision.

“The doors are open and the impact is just beginning.”

Find other stories about: Centre for Excellence in Indigenous Health, Faculty of Medicine, Nadine Caron, School of Population and Public Health