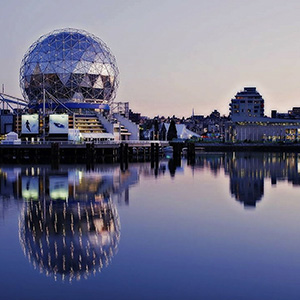 Vancouver is one of 10 cities in a multi-million dollar partnership to investigate how to develop cities to equitably support healthier lives, whilst also protecting the planet.

Coordinated in London, the partnership has been set up by a £10 million grant from the Wellcome Trust, and comprises two urban health research projects that will work to provide the evidence needed to help policy makers and governments take actions to improve the health of their populations and the planet, in a way that minimizes health inequality.

“The cities are our environment, so we need to think about how are we letting them be and grow in a way that’s good for the people living there,” said Vancouver research team lead and School of Population and Public Health Professor Michael Brauer.

Vancouver, along with London, Beijing, Dhaka, Accra, and Tamale, will be the foci of one the projects, ‘Pathways to Equitable Healthy Cities’, where researchers will work with policy makers, planners, and business partners over four years to investigate how urban development and service delivery could reduce health inequities in cities.

Vancouver’s involvement in the project reflected that the city was doing innovative things in terms of sustainability and planning for an expanding population, Brauer said. “This could help us share our successes as well as learn from other cities.”

Health inequities occur when different neighbourhoods or groups within a city experience different states of health and have differing future health trajectories, and reducing these inequities is fundamental to improving aggregate health, according to the Healthy Cities project teams.

The teams will work with city stakeholders to identify policies and policy plans informed by health research, considerations, and macro trends that could influence urban health outcomes, Brauer said. This could include topics such as how changes to neighborhood design and transit access might affect different areas and populations, such as displacing people due to rising house prices, as well as whether the introduction of self-driving cars will lead to less physical activity, but better access to health services. “We’re trying to look at this holistically.”

The project teams will use a shared analytical framework to evaluate the potential effects of the policy scenarios on population health, including through statistical modelling, and provide this information to city authorities to inform their future planning. Collaboration is key, Brauer said, including between researchers in different cities. “This is a massive, complex project but what makes it exciting and doable is there are fantastic people in every location, with lots of buy-in from our stakeholders.”

School of Population and Public Health doctoral student Jessica Yu will also work on the project, and helped coordinate a workshop in June. This one-day workshop tested how to co-produce actionable policies with policy makers, and how its lessons would be applied to other cities, Ms Yu said.

About 30 people attended the workshop, including representatives from Vancouver Coastal Health, Translink, and the City of Vancouver, and attendees expressed an enthusiasm for continued discussions, she said. “As researchers, we can’t be disconnected at any point from real life policy changes.”

Led by Imperial College London Professor of Global Environmental Health Majid Ezzati, Pathways to Equitable Healthy Cities is part of Wellcome Trust’s Our Planet, Our Health programme which seeks to respond to the health and environmental challenges of our rapidly changing world.

Saskia Heijnen, from Wellcome’s Our Planet, Our Health team, said: “Our cities will need to adapt to ensure that all people can live healthy lives whilst protecting the planet, both now and in the future. This new partnership will create a world-leading research hub for urban health, addressing many of the unanswered questions that have previously stood in the way of progress.”

Click here to return to the News main page